The Fourth Season of Hell on Wheels

The Calgary Comic and Entertainment Expo was a MONTH ago already! How did that happen? I still want to recap with whole weekend, because it was an epic one, but I'm going to start with a Hell on Wheels roundup.

Hell on Wheels was not only renewed for a fourth season, they're doing 12 episodes instead of just 10. The cast and some assorted behind-the-scenes people did a panel at Comic Expo, and it was about time! Unfortunately it started rather late, and because there were so many people on the panel (which was great, but...) it was logistically complicated and there wasn't as much time to hear them talk as would have been nice to have. There were some spoilers for season three, which I haven't seen because it's not out on DVD yet, but I was kind of expecting that might happen. The cast did a free autograph signing (mostly you pay for autographs at cons) after, but I had to go get in line for Tom Felton so I couldn't go. I hope they come back again next year!

Also, I don't know what it is about Comic Expo lighting, but you're not allowed to use a flash (which makes sense, but...) which means that unless you're a professional or at least a serious photography hobbyist, your photos don't turn out very well. Sigh... 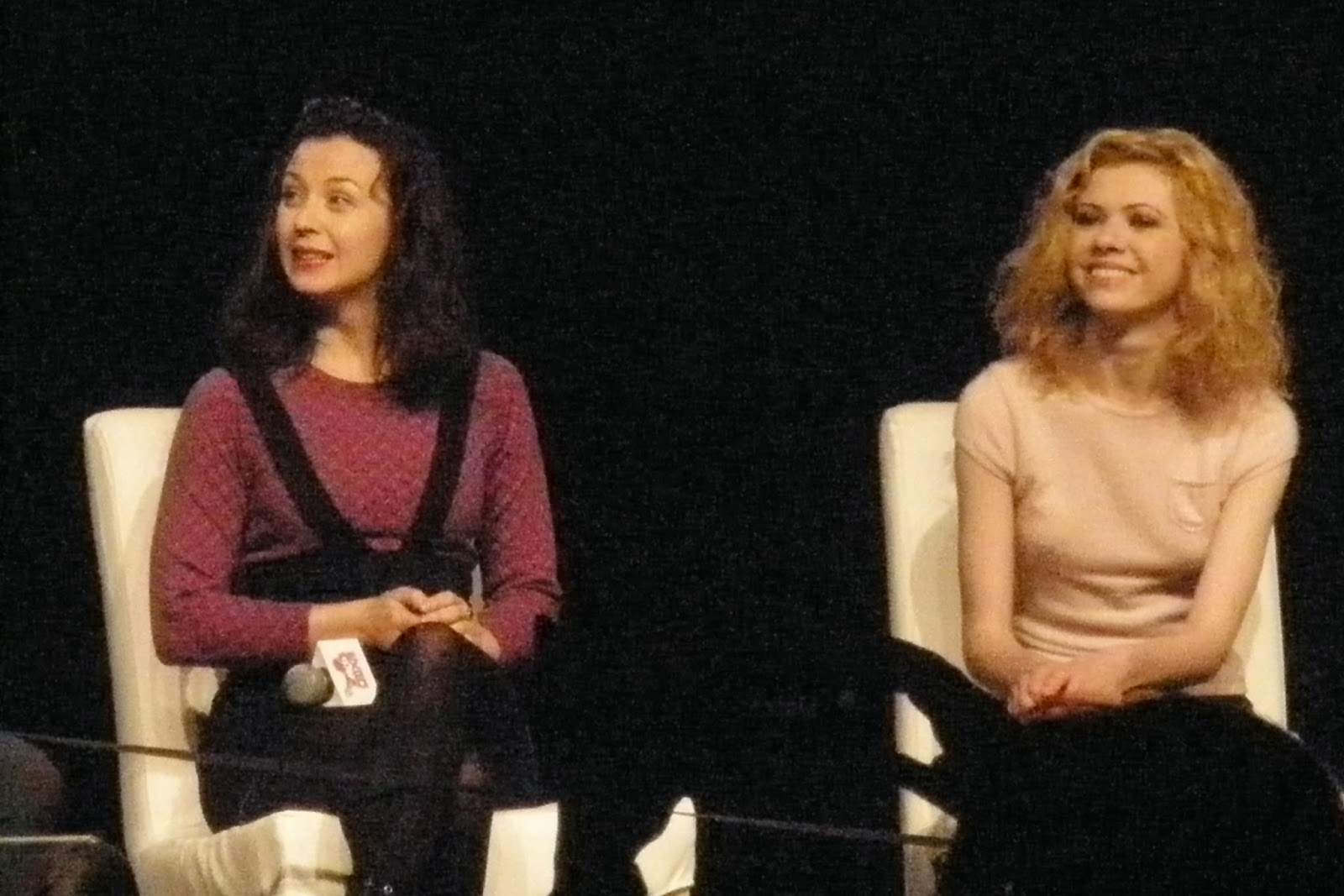 And most importantly, I give you a massive roundup of tweets going back through March - all about Hell on Wheels! And thanks to Suzette Chan's live-tweeting of the HoW panel, most of the highlights are here too. It's been a busy spring for them. I'm very excited for season four! And to see season three when it FINALLY comes out on DVD in July...

When I first started my English degree, I took a required class in fundamentals of being an English major, including how to use the dictionary and the Dewey Decimal System. One of the assignments was to make a mock dictionary entry for some sort of language used in our day-to-day lives, but not found in the Oxford English Dictionary. It was lots of fun. And...one of the new uses of a common word that I used is actually being added to the OED!

They announced it on their blog last week, and they used BBC Sherlock's Sherlock/Molly shippers (of which, I confess, I am one) as an example.

I hope she doesn't really retire though - we need more Molly next season! ;)

Here's my entry, including links to words already in the OED (which probably won't work for you unless you have a subscription to it). I think my entry is perfect, but we'll see how it looks when it arrives in the OED online... :) It was a fun assignment - and I if I lived in England, I would be applying for a job at the OED.


Etymology: The suffix ‘ship’ abbreviated from the noun ‘relationship’ and used as a verb. Developed in the late 20th century, on the Internet.


The psychological connection of a fan of a work of fiction (i.e. a book, movie, or television series) to a certain relational paring of the fictional characters. A dedicated fan will ship their ‘one true pair’, and perhaps have other minor ships, and the act of shipping may involve writing fan fiction, creating fan art, discussing or advocating the relationship in fan forums or on blogs, or simply by being emotionally invested in the outcome of the characters’ situation. The more passionate the fan, the more intense the involvement in shipping culture, usually online. Trendy shipping slogans include “I ship them so hard it hurts” and “I will go down with this ship”.


2005    The San Francisco Chronicle August 2005 In the Harry Potter fandom, 'shipping (short for "relationshipping") simply means championing a romantic relationship between certain series characters, either within canon or in works of fan fiction (fan-penned fiction that spins off an original narrative).


2010    Tor.com January 2010 For those who’ve never heard of the phrase “shipping war”: this is fandom lingo for flamewars disagreements amongst fans about intimate relationships between fictional characters. Various opinions on character pairings—canon or not, bizarre or not, straight or not—are also referred to as “ships.” You may have heard of references to the Hermione/Harry ship and the Hermione/Ron ship in Harry Potter fandom; this is what that means.


Posted by MichelleH at 8:24 am No comments: